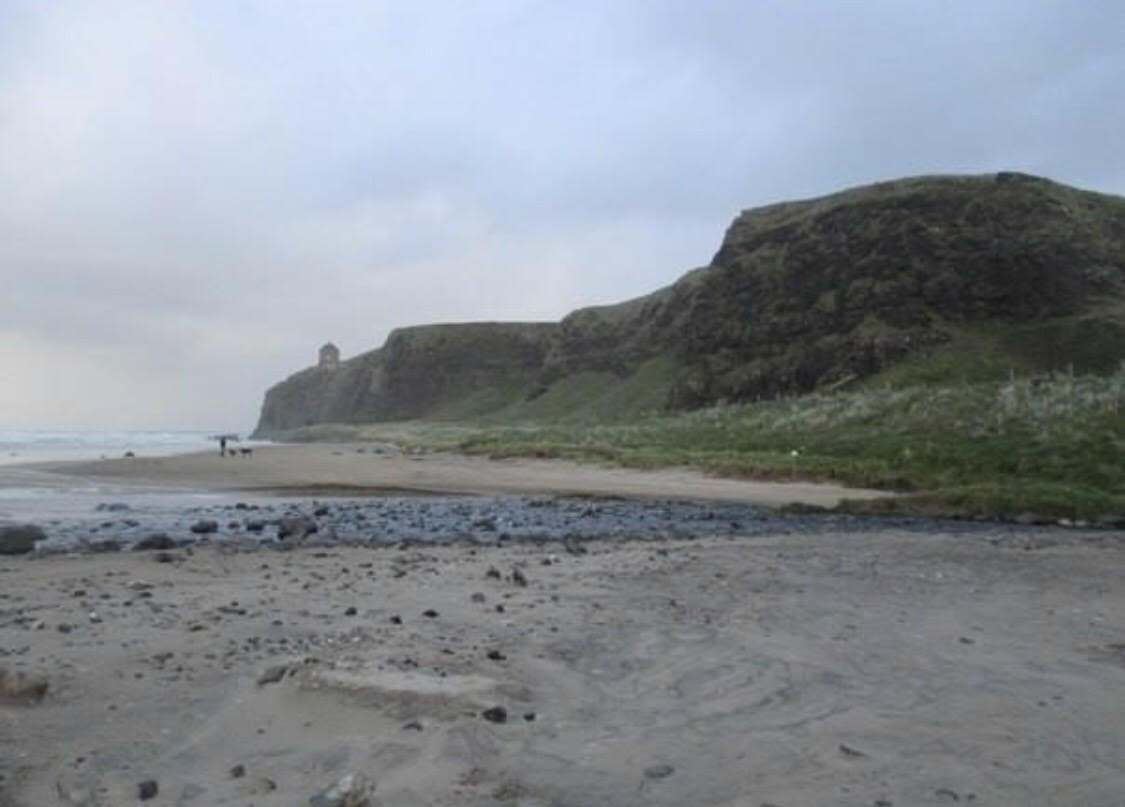 The popular HBO series Game of Thrones brings it’s storytelling to life with gorgeous filming locations all over the world including, Croatia, Canada, Iceland, Malta, Morocco, Scotland, Spain, the U.S., and Northern Ireland. In May of 2015, my husband and I were lucky enough to go to Ireland for our honeymoon which also happened to occur when Season 5 of the show was airing. We made last minute travel plans after I found a list of filming locations on discovernorthernireland.com. There were 12 or 13 of them and while I wanted to see them all, I knew it wasn’t possible on this trip. I was so happy to see these five places which were all well worth the visit.

These ruins of a 12th or 13th century monastic site were the backdrop as Robb Stark was proclaimed King of the North in Season 1.

The tower remains of a 15th century castle. This and the grounds were used to film where Robb Stark and his army camped in Season 2 as they marched south from Winterfell.

This avenue of beech trees was used for filming the main highway in the series that passes from Castle Black down to King’s Landing.

One of the most scenic stretches of beaches in Northern Ireland was used to film the burning of the seven where Melisandre proclaimed, ‘For the night is dark and full of terrors.’ This location was by far my favorite.

We saw all five of these in one day but I would not recommend doing this. I have some great pictures but since we crammed so much into one day I don’t have that many and we didn’t have time to enjoy each location. Always assume you will return and don’t make a relaxing vacation tiring or draining. Since this trip, I’m sure there have been many more locations that have been added to the list from Northern Ireland or even down in the Republic of Ireland. A perfect excuse to return to this beautiful place.